Spruch des Tages – Motto of the day
What a pity that in life we only get our lessons when they are of no use to us. – Oscar Wilde

…and give a strong answer to unfairness and nationalism. 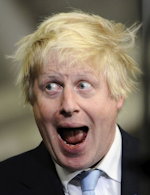 Even arrangements with Boris Johnson and Rees-Mogg didn’t give Theresa May the boost desparately needed to bring her Brexit plan through parliament. What comes seems more like substituting the will of parliament by a random choice generator. There is a concerning lack of any player to gather people around one solution that would represent the majority of the British people. This is true for the Tories and for Labour. If both parties break up UKIP and other brain-damaged groups will have a greater impact on politics.

UK, when did you lose your common sense you were once famous for?