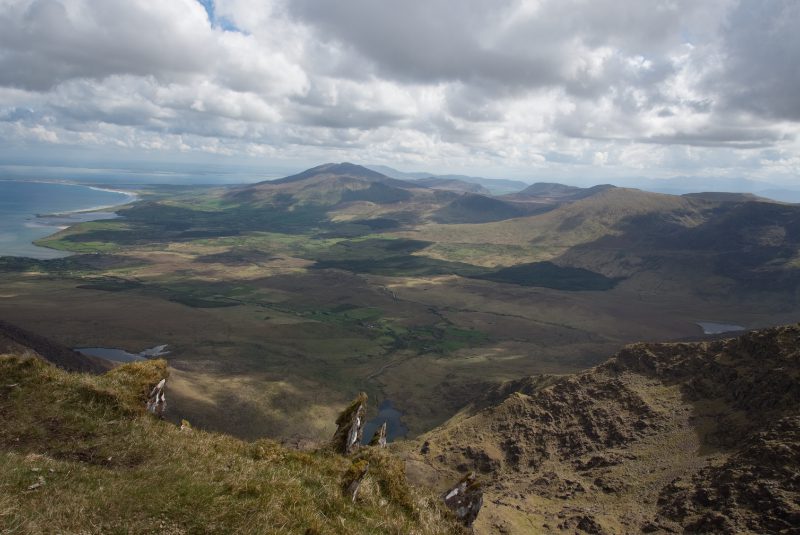 Last time we only made it near the very top of Brandon Peak. The strategy to avoid the edge of the mountain proved to be wrong and we came near a very steep and rocky slope at the south-western part of this mountain near Gearhane An Géaran. Quite scary.

This time I went alone from Connor pass via Beenanabrack and Ballysitteragh and passed the saddle in northern direction. From there I climbed up to Gearhane An Géaran over a meadow and reached a gate at the top. From there 200 meters of a scary path (at least for me) on the very edge had to be passed before I reached less dangerous parts of the mountain. A great view towards Castle Gregory and the eastern mountains of Dingle peninsula were the reward.